Happy St. Patty’s day, fam! To celebrate, I like to pop in one of my favorite films – definitely my top 20 – Gangs of New York!

It tells the story of a young Irish dude, Amsterdam Vallon (Leonardo DiCaprio) who lost his father in a gang war in 1800’s Manhattan. He returns after some years to get revenge for his dad by infiltrating the ranks of the notorious gang leader, Bill “The Butcher” Cutting (Daniel Day-Lewis).

I was not the biggest fan of Leonardo DiCaprio around this time in his career. I saw him as this squeaky little guy who would never grow up. Sure, he was and is a great actor. But I always found myself wishing that part was given to someone else.

However, my opinions of him have changed over time. Not just because he’s gotten older…or maybe it is. Truth is, Leonardo is absolutely one of the best. And when I watch Gangs of New York

Why I love this movie

Because of Daniel Day-freakin-Lewis, that’s why! He portrayed his character Bill Cutting in a way that scares me to this day. He was powerful, racist, respected, feared and truly believed in his views of being a “native-born” American. And to make it worse, he had a warrior’s honor about him.

Every year, he would commemorate the death of his greatest enemy Priest Vallon (Liam Neeson), whom he killed in the Battle for the Five Points, who also happens to be Amsterdam’s father.

Bill absolutely respected this man. And when he finds out the boy he’s taken under his wing is the son of Priest Vallon, who’s only intentions were to gain his trust and murder him like a “sneak-thief”, he was truly heartbroken. But what happens when you break the heart of a dragon? You guessed it. He’ll burn your ass!

What would I have done differently as a movie maker?

Gangs of New York is one of those movies I’d give a high rating to because there is very little I would change. Back then, the first thing that would come to mind is changing the casting of Leonardo. But I’ve already covered that. So as a personal preference, I would’ve made the end battle a bit less anti-climactic. Amsterdam and Bill would’ve had a real fight. However, the direction they decided to go was not a bad one. Amsterdam was no match for Bill Cutting in a one-on-one fight. And if it had gone any other way, he would not walk away from that fight.

I just happen to fancy final epic battles. But that would not have done justice to the story or its characters. So I digress. I would not change a thing. Giving the gem that is Gangs of New York….

This movie has about everything I love in a film of its kind. Brutality, great storytelling, great music and great actors. To have some of the best in the business in the form Leonardo DiCaprio, Daniel Day-Lewis and Martin Scorsese, it’s almost unfair. Not to mention the awesome performances given by Cameron Diaz, Brendan Gleeson and John C. Reilly.

If you haven’t seen Gangs of New York after all this time, you really should treat yourself. The actors give everything they have to their roles and Scorsese leaves his legendary print all over it. 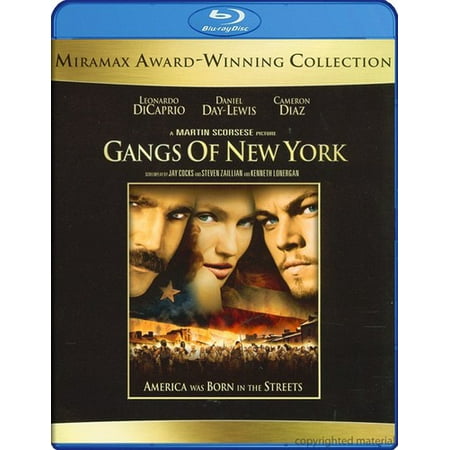